Atmospheric and Space Scientists - What They Do

Atmospheric science is the study of the atmosphere—the blanket of air covering the Earth. Atmospheric scientists study the atmosphere's physical characteristics, motions, and processes, and the way in which these factors affect the rest of our environment. The best-known application of this knowledge is forecasting the weather. In addition to predicting the weather, atmospheric scientists attempt to identify and interpret climate trends, understand past weather, and analyze current weather. Weather information and atmospheric research are also applied in air-pollution control, agriculture, forestry, air and sea transportation, defense, and the study of possible trends in the Earth's climate, such as global warming, droughts, and ozone depletion.

Atmospheric scientists who forecast the weather are known as operational meteorologists; they are the largest group of specialists. These scientists study the Earth's air pressure, temperature, humidity, and wind velocity, and they apply physical and mathematical relationships to make short-range and long-range weather forecasts. Their data come from weather satellites, radars, sensors, and stations in many parts of the world. Meteorologists use sophisticated computer models of the world's atmosphere to make long-term, short-term, and local-area forecasts. More accurate instruments for measuring and observing weather conditions, as well as high-speed computers to process and analyze weather data, have revolutionized weather forecasting. Using satellite data, climate theory, and sophisticated computer models of the world's atmosphere, meteorologists can more effectively interpret the results of these models to make local-area weather predictions. These forecasts inform not only the general public, but also those who need accurate weather information for economic and safety reasons, such as the shipping, air transportation, agriculture, fishing, forestry, and utilities industries.

Meteorologists use data collected from sophisticated technologies like atmospheric satellite monitoring equipment and ground-based radar systems. Doppler radar, for example, can detect airflow patterns in violent storm systems, allowing forecasters to better predict thunderstorms, flash floods, tornadoes, and other hazardous winds, and to monitor the direction and intensity of storms. They also monitor surface weather stations and launch weather balloons, which carry equipment that measures wind, temperature, and humidity in the upper atmosphere.

While meteorologists study and forecast weather patterns in the short term, climatologists study seasonal variations in weather over months, years, or even centuries. They may collect, analyze, and interpret past records of wind, rainfall, sunshine, and temperature in specific areas or regions. Some look at patterns in weather over past years to determine, for example, whether a coming season will be colder or warmer than usual. Their studies are used to design buildings, plan heating and cooling systems, and aid in effective land use and agricultural production.

Some atmospheric scientists work exclusively in research. Physical meteorologists, for example, study the atmosphere's chemical and physical properties; the transmission of light, sound, and radio waves; and the transfer of energy in the atmosphere. They also study other atmospheric phenomena, such as the factors affecting the formation of clouds, rain, and snow; the dispersal of air pollutants over urban areas; and the mechanics of severe storms. Environmental problems, such as pollution and shortages of fresh water, have widened the scope of the meteorological profession. Environmental meteorologists study these problems and may evaluate and report on air quality for environmental impact statements. Other research meteorologists examine the most effective ways to control or diminish air pollution.

Weather stations are found everywhere—at airports, in or near cities, and in isolated and remote areas. In addition to analyzing information in offices, some atmospheric scientists also spend time observing weather conditions on the ground or from aircraft. Weather forecasters who work for radio or television stations broadcast their reports from station studios, and may work evenings and weekends. Meteorologists in smaller weather offices often work alone; in larger ones, they work as part of a team. Those who work for private consulting firms or for companies analyzing and monitoring emissions to improve air quality usually work with other scientists or engineers; fieldwork and travel may be common for these workers.

Most weather stations operate around the clock, 7 days a week, as weather conditions can change rapidly and timely information is essential, particularly during periods of severe weather. As a result, jobs in such facilities involve night, weekend, and holiday work, often with rotating shifts. During weather emergencies, such as hurricanes, meteorologists may work extended hours. Operational meteorologists also are often under pressure to meet forecast deadlines. Meteorologists and research scientists who are not involved in forecasting tasks work regular hours, usually in offices.

The preferred educational requirement for entry-level meteorologists in the Federal Government is a bachelor's degree—not necessarily in meteorology—with at least 24 semester hours of meteorology/atmospheric science courses, including 6 hours in the analysis and prediction of weather systems, 6 hours of atmospheric dynamics and thermodynamics, 3 hours of physical meteorology, and 2 hours of remote sensing of the atmosphere or instrumentation. Other required courses include 3 semester hours of ordinary differential equations, 6 hours of college physics, and at least 9 hours of courses appropriate for a physical science major—such as statistics, chemistry, physical oceanography, physical climatology, physical hydrology, radiative transfer, aeronomy (the study of the upper atmosphere), advanced thermodynamics, advanced electricity and magnetism, light and optics, and computer science.

Although positions in operational meteorology are available for those with only a bachelor's degree, obtaining a second bachelor's degree in a related technical field or a master's degree enhances employment opportunities, pay, and advancement potential. A Ph.D. typically is required only for research positions at universities. Students planning on a career in research and development do not necessarily need to major in atmospheric science or meteorology as an undergraduate. In fact, a bachelor's degree in mathematics, physics, or engineering provides excellent preparation for graduate study in atmospheric science.

Because atmospheric science is a small field, relatively few colleges and universities offer degrees in meteorology or atmospheric science, although many departments of physics, earth science, geography, and geophysics offer atmospheric science and related courses. In 2009, the American Meteorological Society listed approximately 100 undergraduate and graduate atmospheric science programs. Many of these programs combine the study of meteorology with another field, such as agriculture, hydrology, oceanography, engineering, or physics. For example, hydrometeorology is the blending of hydrology (the science of Earth's water) and meteorology, and is the field concerned with the effect of precipitation on the hydrologic cycle and the environment.

Prospective students should make certain that courses required by the National Weather Service and other employers are offered at the college they are considering. Computer science courses, additional meteorology courses, a strong background in mathematics and physics, and good communication skills are important to prospective employers.

Students also should take courses in subjects that are most relevant to their desired area of specialization. For example, those who wish to become broadcast meteorologists for radio or television stations should develop excellent communication skills through courses in speech, journalism, and related fields. Students interested in air quality work should take courses in chemistry and supplement their technical training with coursework in policy or government affairs. Prospective meteorologists seeking opportunities at weather consulting firms should possess knowledge of business, statistics, and economics, as an increasing emphasis is being placed on long-range seasonal forecasting to assist businesses.

Beginning atmospheric scientists often do routine data collection, computation, or analysis, and some basic forecasting. Entry-level operational meteorologists in the Federal Government usually are placed in intern positions for training and experience. During this period, they learn about the Weather Service's forecasting equipment and procedures, and rotate to different offices to learn about various weather systems. After completing the training period, they are assigned to a permanent duty station.

Atmospheric and Space Scientists - What They Do - Page 2 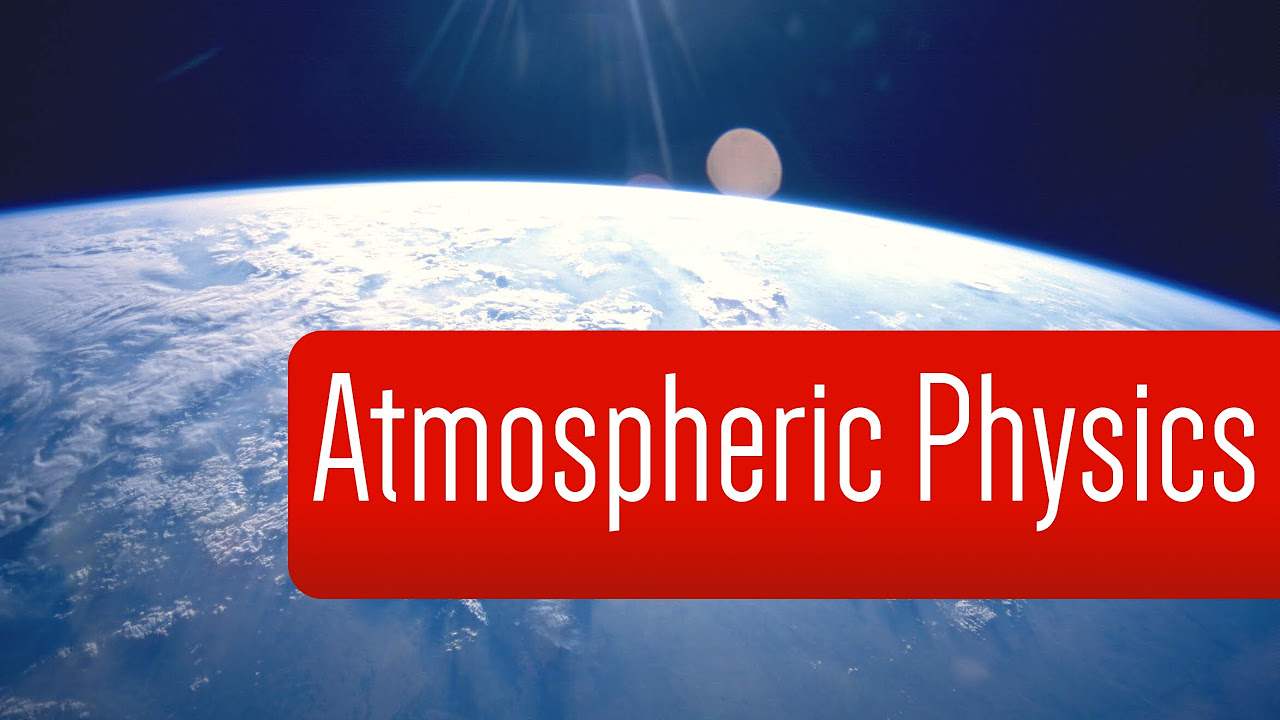 Atmospheric Science explained by a Student 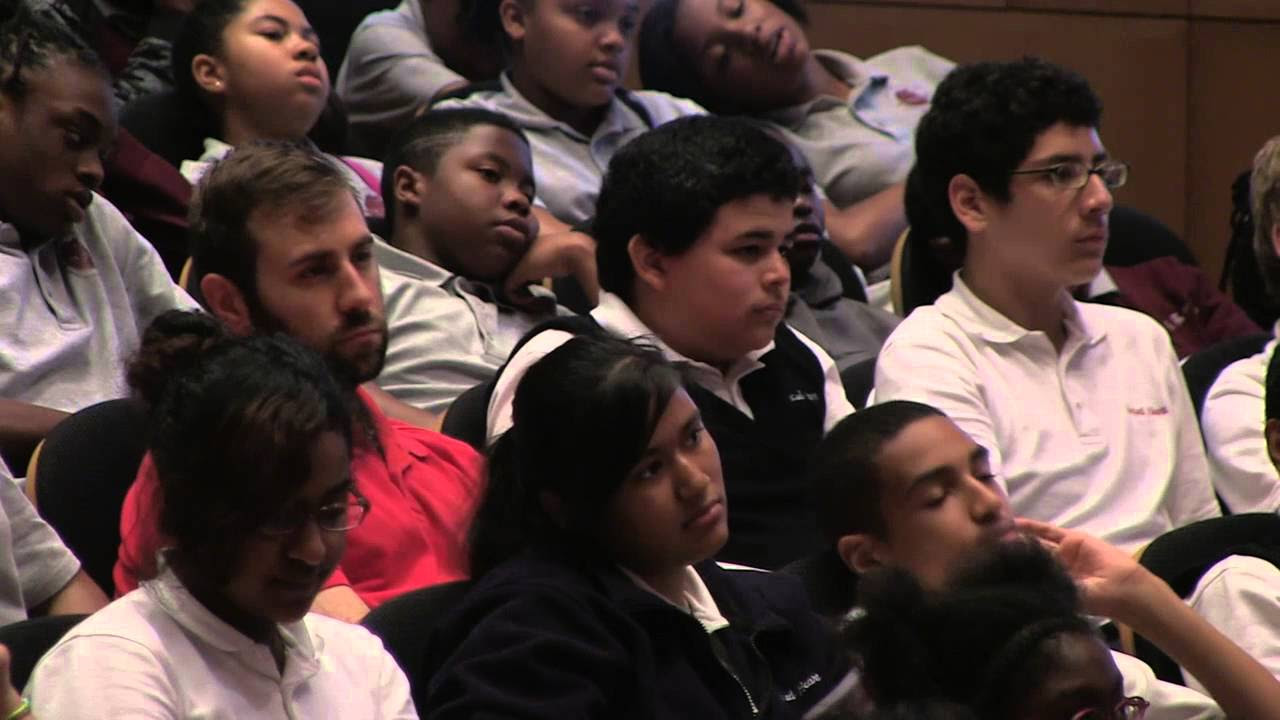 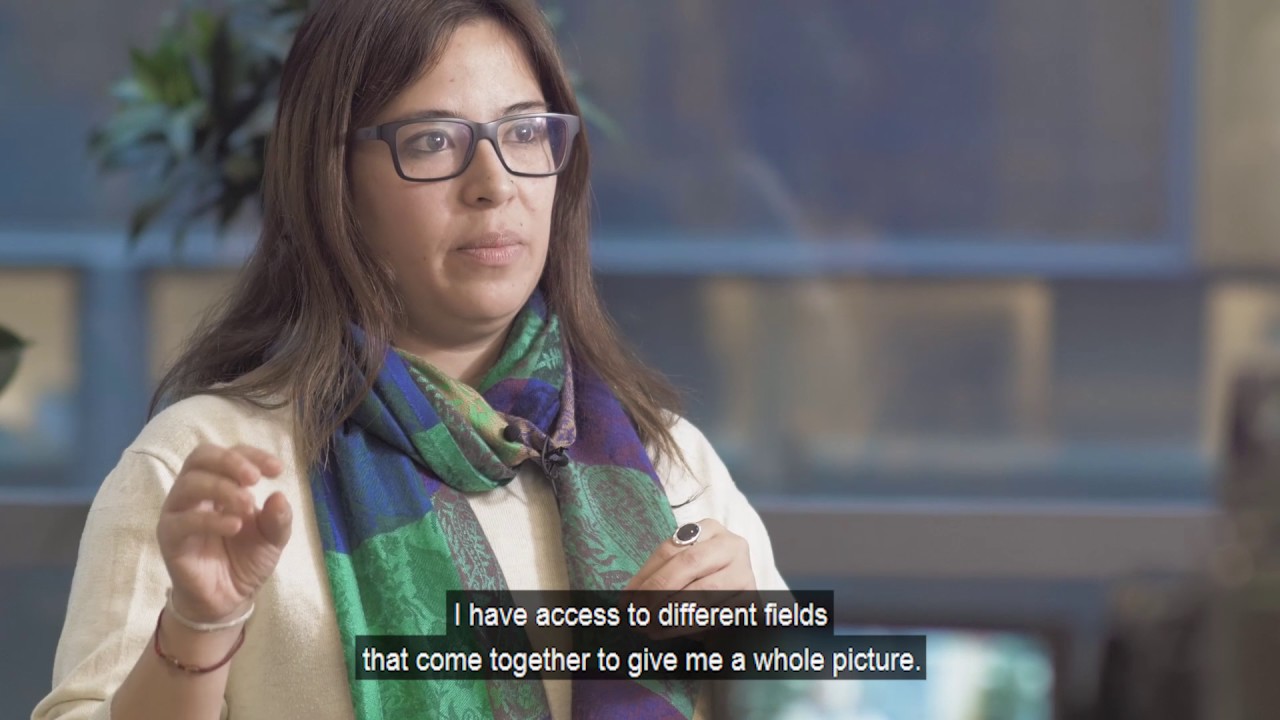 What do you learn in a Master's Program in Atmospheric Science 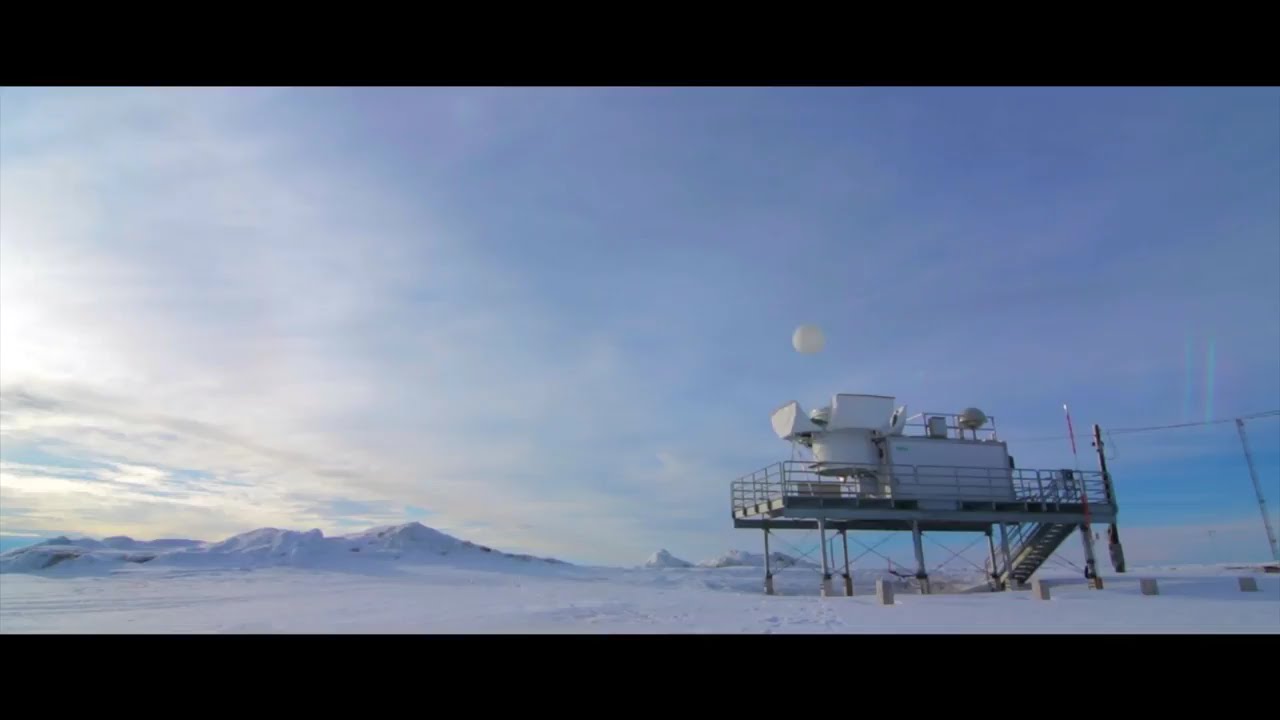 Working in a Lab as an Atmospheric Scientist 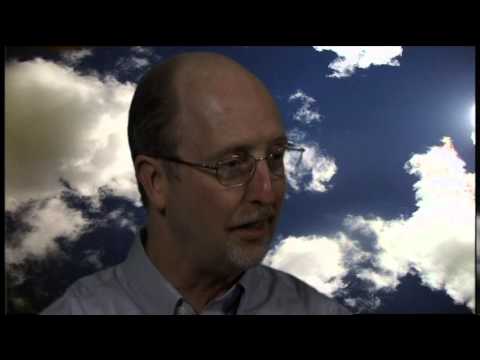 Interview with an Atmospheric Scientist 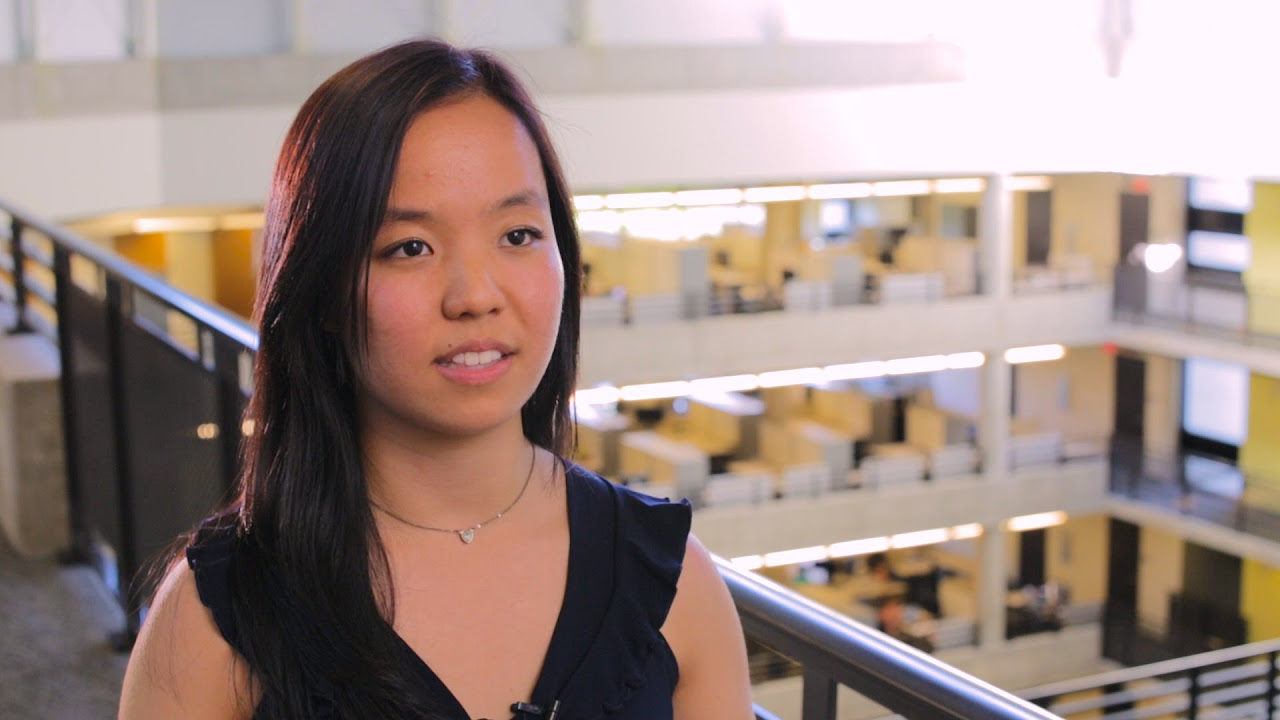 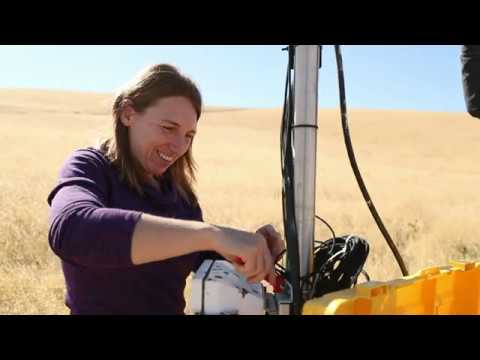 What it is like to working in Atmospheric Sciences 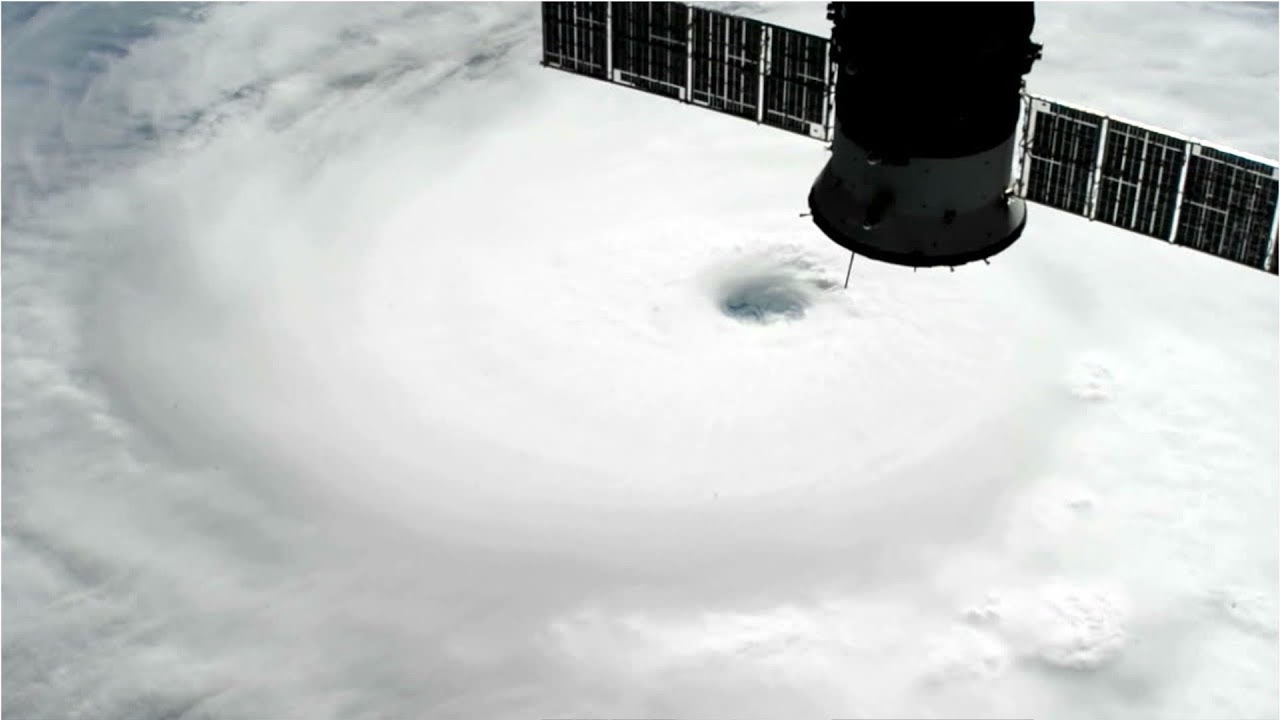 What does an Atmospheric and Space Scientist Do 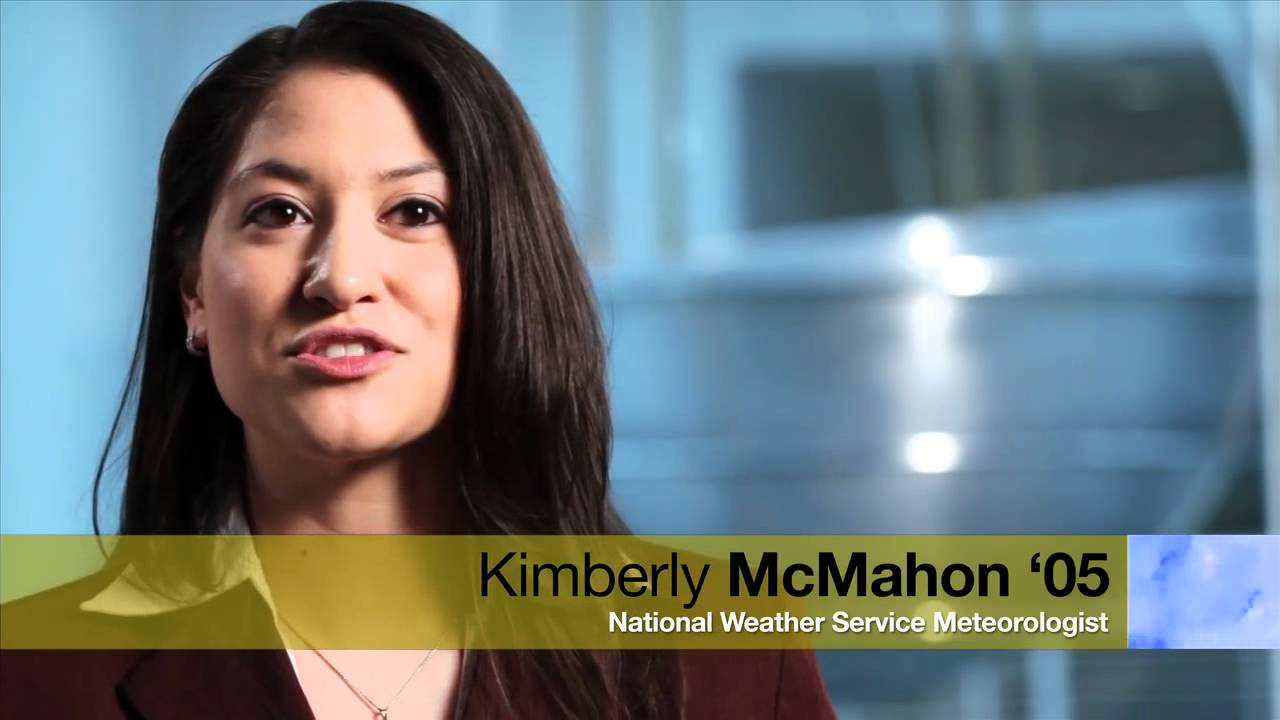 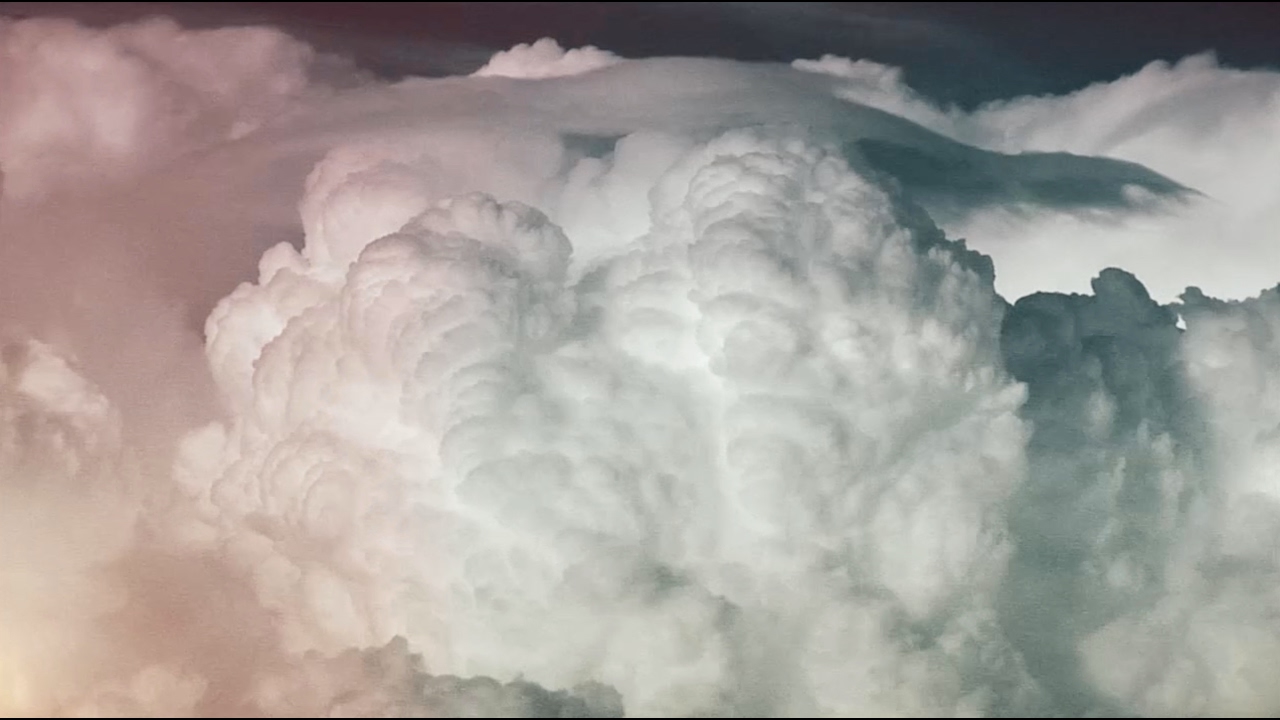 What is Atmospheric Science

Astronomy
Astronomy is one of the oldest sciences. Astronomers of early civilizations performed methodical observations of the night sky, and astronomical artifacts have been found from much earlier periods. However, the invention of the telescope was required before astronomy was able to develop into a modern science. Historically, astronomy has included disciplines as diverse as astrometry, celestial navigation, observational astronomy, the making of calendars, and even... more Astrophysics
Astrophysics is the branch of astronomy that deals with the physics of the universe, including the physical properties (luminosity, density, temperature, and chemical composition) of celestial objects such as stars, galaxies, and the interstellar medium, as well as their interactions. The study of cosmology is theoretical astrophysics at the largest scales where Albert Einstein's general theory of relativity plays a major role.

Climatology is the study of atmospheric changes (both long and short-term) that define average climates and their change over... more Geophysics
Geophysics, a branch of Earth sciences, is the study of the Earth by quantitative physical methods, especially by seismic, electromagnetic, and radioactivity methods. The theories and techniques of geophysics are employed extensively in the planetary sciences in general. more Planetary Science
Planetary science, also known as planetology and closely related to planetary astronomy, is the science of planets, or planetary systems, and the solar system. Incorporating an interdisciplinary approach, planetary science draws from diverse sciences and may be considered a part of the Earth sciences, or more logically, as its parent field. Research tends to be done by a combination of astronomy, space exploration (particularly robotic... more