Police and Detectives - What They Do

Police officers and detectives protect lives and property. Law enforcement officer’s duties depend on the size and type of their organizations.

Police and detectives pursue and apprehend individuals who break the law and then issue citations or give warnings. A large proportion of their time is spent writing reports and maintaining records of incidents they encounter. Most police officers patrol their jurisdictions and investigate any suspicious activity they notice. They also respond to calls from individuals. Detectives, who often are called agents or special agents, perform investigative duties such as gathering facts and collecting evidence.

The daily activities of police and detectives vary with their occupational specialty—such as police officer, game warden, or detective—and whether they are working for a local, State, or Federal agency. Duties also differ substantially among various Federal agencies, which enforce different aspects of the law. Regardless of job duties or location, police officers and detectives at all levels must write reports and maintain meticulous records that will be needed if they testify in court.

State and Local Law Enforcement
Uniformed police officers have general law enforcement duties. They maintain regular patrols and respond to calls for service. Much of their time is spent responding to calls and doing paperwork. They may direct traffic at the scene of an accident, investigate a burglary, or give first aid to an accident victim. In large police departments, officers usually are assigned to a specific type of duty.

Many urban police agencies are involved in community policing—a practice in which an officer builds relationships with the citizens of local neighborhoods and mobilizes the public to help fight crime.

Police agencies are usually organized into geographic districts, with uniformed officers assigned to patrol a specific area. Officers in large agencies often patrol with a partner. They attempt to become familiar with their patrol area and remain alert for anything unusual. Suspicious circumstances and hazards to public safety are investigated or noted, and officers are dispatched to individual calls for assistance within their district. During their shift, they may identify, pursue, and arrest suspected criminals; resolve problems within the community; and enforce traffic laws.

Some police officers specialize in a particular field, such as chemical and microscopic analysis, training and firearms instruction, or handwriting and fingerprint identification. Others work with special units, such as horseback, bicycle, motorcycle, or harbor patrol; canine corps; special weapons and tactics (SWAT); or emergency response teams. A few local and special law enforcement officers primarily perform jail-related duties or work in courts.

Sheriffs and deputy sheriffs enforce the law on the county level. Sheriffs usually are elected to their posts and perform duties similar to those of a local or county police chief. Sheriffs' departments tend to be relatively small, most having fewer than 50 sworn officers. Deputy sheriffs have law enforcement duties similar to those of officers in urban police departments. Police and sheriffs' deputies who provide security in city and county courts are sometimes called bailiffs.

State police officers, sometimes called State troopers or highway patrol officers, arrest criminals Statewide and patrol highways to enforce motor vehicle laws and regulations. State police officers often issue traffic citations to motorists. At the scene of accidents, they may direct traffic, give first aid, and call for emergency equipment. They also write reports used to determine the cause of the accident. State police officers frequently are called upon to render assistance to other law enforcement agencies, especially those in rural areas or small towns.

State highway patrols operate in every State except Hawaii. Most full-time sworn personnel are uniformed officers who regularly patrol and respond to calls for service. Others work as investigators, perform court-related duties, or carry out administrative or other assignments.

Detectives are plainclothes investigators who gather facts and collect evidence for criminal cases. Some are assigned to interagency task forces to combat specific types of crime. They conduct interviews, examine records, observe the activities of suspects, and participate in raids or arrests. Detectives usually specialize in investigating one type of violation, such as homicide or fraud. They are assigned cases on a rotating basis and work on them until an arrest and conviction is made or until the case is dropped.

There are many other Federal agencies that enforce particular types of laws. U.S. Drug Enforcement Administration (DEA) agents enforce laws and regulations relating to illegal drugs. U.S. marshals and deputy marshals provide security for the Federal courts and ensure the effective operation of the judicial system. Bureau of Alcohol, Tobacco, Firearms, and Explosives agents enforce and investigate violations of Federal firearms and explosives laws, as well as Federal alcohol and tobacco tax regulations. The U.S. Department of State Bureau of Diplomatic Security special agents are engaged in the battle against terrorism.

Other Federal agencies employ police and special agents with sworn arrest powers and the authority to carry firearms. These agencies include the Postal Service, the Bureau of Indian Affairs Office of Law Enforcement, the Forest Service, and the National Park Service.

The largest employers of police and detectives were as follows:

Police and detective work can be physically demanding, stressful, and dangerous. Officers must be alert and ready to react throughout their entire shift. Officers regularly work at crime and accident scenes and encounter suffering and the results of violence. Although a career in law enforcement may be stressful, many officers find it rewarding to help members of their communities.

Some federal agencies, such as the Federal Bureau of Investigation and U.S. Secret Service, require extensive travel, often on short notice. These agents may relocate a number of times over the course of their careers. Other agencies, such as U.S. Border Patrol, may require work outdoors in rugged terrain and in all kinds of weather.

Police and sheriff's patrol officers and transit and railroad police have some of the highest rates of injuries and illnesses of all occupations. They may face physical injuries during conflicts with criminals and other high-risk situations.

Most police and detectives work full time. Paid overtime is common, and shift work is necessary to protect the public at all times.

FBI special agents must work at least 50 hours a week and are on call 24 hours a day, 7 days a week.

Applicants usually must have at least a high school education, and some departments require 1 or 2 years of college coursework or, in some cases, a college degree. Physical education classes and participation in sports are also helpful in developing the competitiveness, stamina, and agility needed for many law enforcement positions. Knowledge of a foreign language is an asset in many Federal agencies and urban departments.

State and local agencies encourage applicants to take courses or training related to law enforcement subjects after high school. Many entry-level applicants for police jobs have completed some formal postsecondary education, and a significant number are college graduates. Many junior colleges, colleges, and universities offer programs in law enforcement or administration of justice. Many agencies pay all or part of the tuition for officers to work toward degrees in criminal justice, police science, administration of justice, or public administration and pay higher salaries to those who earn one of those degrees.

Before their first assignments, officers usually go through a period of training. In State and large local police departments, recruits get training in their agency's police academy, often for 12 to 14 weeks. In small agencies, recruits often attend a regional or State academy. Training includes classroom instruction in constitutional law and civil rights, State laws and local ordinances, and accident investigation. Recruits also receive training and supervised experience in patrol, traffic control, use of firearms, self-defense, first aid, and emergency response. Police departments in some large cities hire high school graduates who are still in their teens as police cadets or trainees. They do clerical work and attend classes, usually for 1 to 2 years, until they reach the minimum age requirement and can be appointed to the regular force.

Federal agencies require a bachelor's degree, related work experience, or a combination of the two. Federal law enforcement agents undergo extensive training, usually at the U.S. Marine Corps base in Quantico, Virginia, or the Federal Law Enforcement Training Center in Glynco, Georgia. The specific educational requirements, qualifications, and training information for a particular Federal agency can be found on its Web site. Many of these agencies are listed as sources of additional information at the end of this statement.

To be considered for appointment as an FBI agent, an applicant must be a college graduate and have at least 3 years of professional work experience or must have an advanced degree plus 2 years of professional work experience. An applicant who meets these criteria also must have one of the following: a college major in accounting, electrical engineering, information technology, or computer science; fluency in a foreign language; a degree from an accredited law school; or 3 years of related full-time work experience. All new FBI agents undergo 18 weeks of training at the FBI Academy on the U.S. Marine Corps base in Quantico, Virginia.

Civil service regulations govern the appointment of police and detectives in most States, large municipalities, and special police agencies, as well as in many smaller jurisdictions. Candidates must be U.S. citizens, usually must be at least 21 years old, and must meet rigorous physical and personal qualifications. Physical examinations for entry into law enforcement often include tests of vision, hearing, strength, and agility. Eligibility for appointment usually depends on one’s performance in competitive written examinations and previous education and experience.

Candidates should enjoy working with people and meeting the public. Because personal characteristics such as honesty, sound judgment, integrity, and a sense of responsibility are especially important in law enforcement, candidates are interviewed by senior officers and their character traits and backgrounds are investigated. A history of domestic violence may disqualify a candidate. In some agencies, candidates are interviewed by a psychiatrist or a psychologist or given a personality test. Most applicants are subjected to lie detector examinations or drug testing. Some agencies subject sworn personnel to random drug testing as a condition of continuing employment.

Although similar in nature, the requirements for Federal agents are generally more stringent and the background checks are more thorough. There are polygraph tests as well as interviews with references. Jobs that require security clearances have additional requirements.

Police and Detectives - What They Do - Page 2 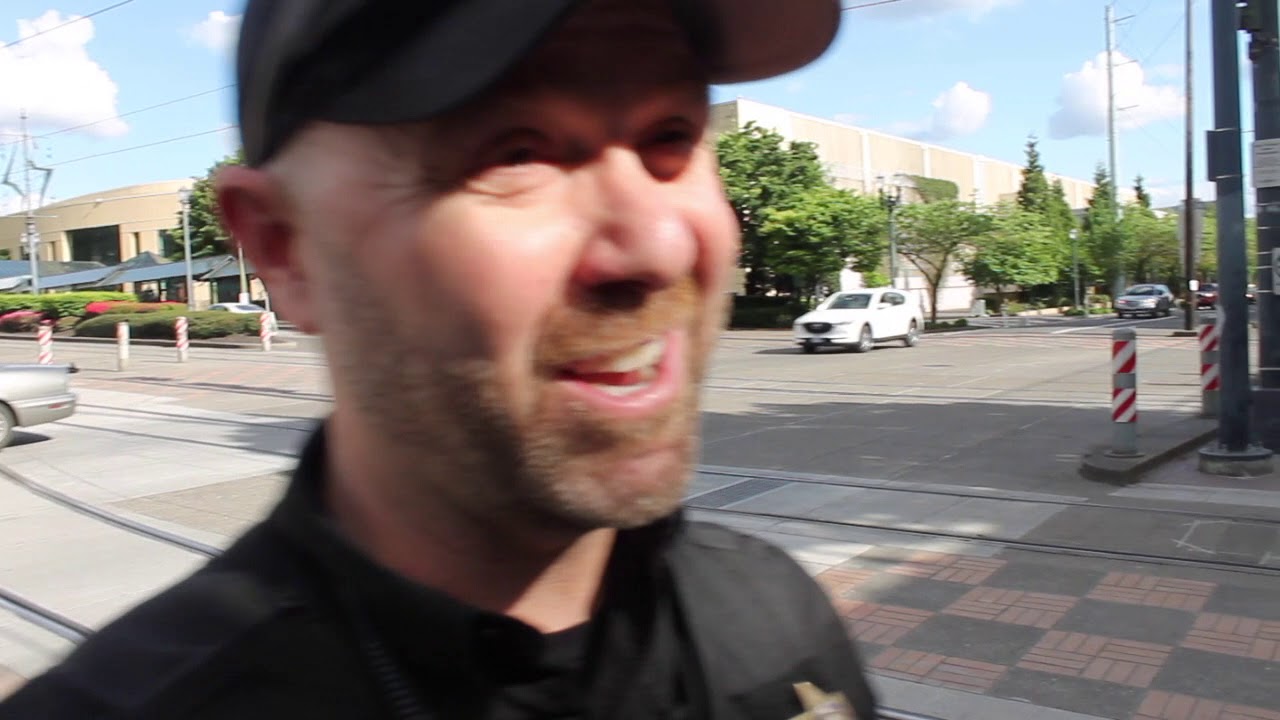 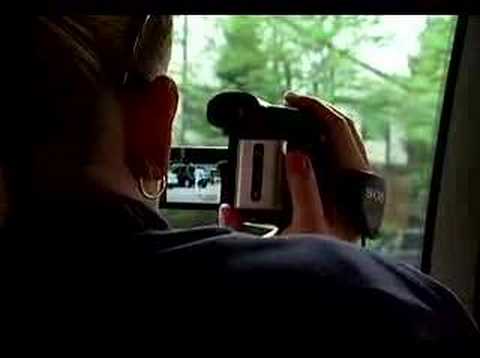 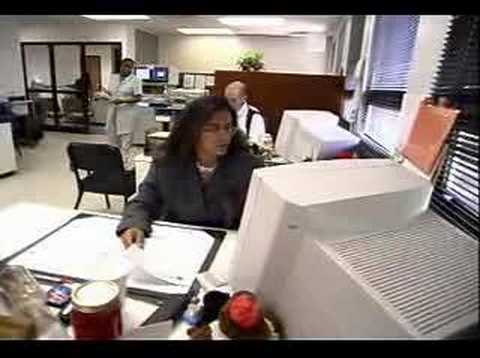