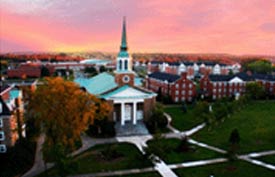 St. Francis Xavier College was founded in 1853. It is a Roman Catholic institution located in Antigonish, Nova Scotia, Canada. St. Francis Xavier University offers what so many of Canada’s top students are seeking: a high quality education, focused principally on the undergraduate, in a vibrant residential setting. Recognized as one of the finest schools in Canada, StFX is meeting the needs of today’s undergraduates through outstanding teaching, exceptional hands-on research experiences, the very best in a residential community, and unique opportunities to make a contribution to communities at home and abroad. ... continued below
Scholarships for St. Francis Xavier University
James A. Whitebone Memorial Scholarship

The university goes back to the 1850’s, and in the recent decades have invested an estimated $120 million for the improvement of its academic buildings, athletic facilities, and residences. The most recent developments that it made were the $11 million restoration of the Plessis, Fraser, and Burke residences. They have also added new heating, electrical systems, wireless internet access, elevators, plumbing, and single/double occupancy rooms. Recently, the campus has started constructing the Schwartz School of Business. Student residences are also offered by the university, and first-year students are guaranteed residence. Students have the option of choosing from: Bishops Hall, Cameron Hall, MacKinnon Hall, Mount Saint Bernard, Lane Hall, and MacIsaac, or they can opt for apartment style residences, such as the West St., Power Hall, and Somers Hall.

St. Francis Xavier University offers Service Learning to its students. It gives them the opportunity to put all the theoretical studies that they have learned into practical application while enhancing their awareness about the importance of community development and organization. The student newspaper of the campus is The Xaverian Weekly, managed by the Xaverian Weekly Publications Society. Students who are graduating have the distinguished option of getting the most coveted X-Ring on December 3. This happens every year before they graduate.

Students of St. Francis Xavier are lobbied by the St. Francis Xavier University Students’ Union. It offers students activities and services that include orientation activities, medical and dental plans, organized concerts, and many others. It is housed in the Bloomfield Centre, together with other societies, such as the Golden X Inn, bookstore, post office, MacKay Room, Jack’s Lounge, and cafeteria.

The school is a member of the Atlantic University Sport. They include the X-Men teams: cross-country, hockey, soccer, basketball, and football. The X-Women teams include cross-country, volleyball, basketball, hockey, rugby, and soccer. Those who are into arts and culture can try the Great Blue Heron Writing Workshop (where writers can participate in four genres: creative non-fiction, screenwriting, poetry, and fiction), the StFX University Art Gallery, The Antigonish Review (publishes poetry and prose by experienced and emerging writers), Theatre Antigonish (non-profit community theatre), and Festival Antigonish.

Antigonish is considered to be a service centre as many of the local businesses are based in the service sector. There are no major industrial operations located in the town or county. The workforce is primarily white collar with the largest employers being St. Martha's Regional Hospital and St. Francis Xavier University. Another major employer in Antigonish is Canada Post's National Philatelic Centre, which provides mail-order services for worldwide collectors of Canadian stamps.

The retail landscape of the town and county changed significantly because of a building boom. Much of the growth has taken place in the Post Road area, just outside of town. Atlantic Superstore, Wal-Mart, and Central have constructed new stores while the former Atlantic SuperValu, also located in this area, has been redeveloped as a Staples Business Depot.

Other areas have also seen growth. In June 2005, Shoppers Drug Mart opened a new store downtown while the NSLC opened a new store attached to the existing Sobeys store, located next to mall. The following month a new GM dealership opened on the outskirts of town.