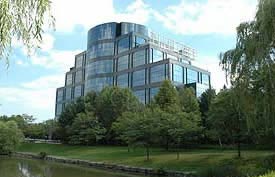 Seneca College of Applied Arts and Technology was established in 1967 during the formation of Ontario’s college system. It was created as part of the provincial need to give students career-oriented diplomas, continuing education courses, and continuing education programs. Their mission is to “contribute to Canadian society by being a transformational leader in providing students with career-related education,” and its motto is: “Seneca Changes You.” ... continued below

North York forms the central part of the northern half of Toronto, Ontario, Canada. Toronto is the largest city in Canada and is the provincial capital of Ontario. With over 2.5 million residents, it is the fifth-most populous municipality in North America, and the 46th most populous in the world. As Canada's economic capital, Toronto is considered one of the top financial cities in the world.