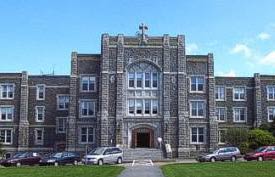 St. Mary’s is the first Roman Catholic and English speaking university in Canada. It was founded for young men in 1802 by Reverend Edmund Burke. Today, the school is known for its excellent undergraduate programs, and is one of the leaders in International Development, Astronomy, and Business. ... continued below
Scholarships for Saint Mary's University
James A. Whitebone Memorial Scholarship

In 2005, the university created the “Science Building Renewal Project” which cost around $26 million. Their aim was to meet the requirements of the community and the University for the next decade. Some of their projects included the expansion of the Science Facility’s resources, renewal of the infrastructures of the Science buildings, introduction of additional research space to faculty members, improvement of labs for hands-on teaching, and others. St. Mary’s is also working on a project which will link the Science Centre, Patrick Power library and Burke Building with study spaces, offices, common spaces, and theatre style classrooms. The project also contains green environmental technology that employs hard and Wi-Fi systems.

The campus offers students single, family and graduate housing, senior suites, and summer housing. Students who live in Residences are guaranteed services like laundry, mail, cable TV, Internet services and telephones. The television unit is not included, so students are encouraged to rent one and have it installed in the common lounge. They can also access the computer network of the campus for unlimited use.

There are many communities for students to take part in. Some of them include: Volunteer Opportunities, Tutor Database (SMUSA), This week at Saint Mary's (activities and events happening in the campus), Sustainability - reduce your eco-footprint, Societies, SMUTube (where students can tell their story about themselves and the university), Residence Life, Meeting rooms and group-work spaces, Jobs on Campus, International Centre - volunteer program, events on campus, Athletics and Recreation, and Art Galleries.